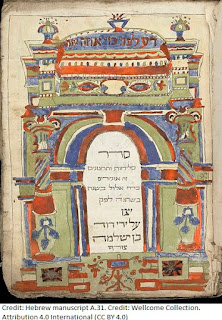 Rabbi Yoḥanan said: Were it not explicitly written in the verse, it would be impossible to say this, as it would be insulting to God’s honor. The verse teaches that the Holy Blessed One, wrapped Godself in a prayer shawl like a prayer leader and showed Moses the structure of the order of the prayer. He said to him: Every time the Jewish people sin, let them act before Me in accordance with this order, and I will forgive them. The Eternal, the Eternal [is repeated because] I am God before and after a person sins and does repents, because God is always merciful and gracious.
Rabbi Yehuda said: A covenant made with the thirteen attributes will not return empty. (emphasis SMZ; Babylonian Talmud Rosh Hashanah 17b).
On the basis of these statements, Exodus 34:6-7a became the foundation upon which the Seliḥot prayers for forgiveness are built, and we return to them repeatedly. The words in bold seemingly promise that reciting these 13 Attributes together, in praying community, will always lead to the desired result, our sins will be forgiven and everything will be fine. Life experience teaches otherwise. One who knew this well, Rabbi Avraham Saba, who was exiled by the Spanish Inquisition, explains the gap between promise and reality:
We often see many times that we wrap ourselves in a tallit and are  not answered. Rather, the divine will is that whenever Israel acts according to this list of God’s deeds, are compassionate and kind to the poor, are patient and loving with one another, and forego their right to punish, etc., then they are promised that the attributes will not return empty-handed.  (emphasis SMZ, Tzror Hamor on Exodus 34:5, h/t Rabbi Shai Held).
Reciting the 13 Attributes is not meant only to awaken God’s mercy in heaven but also to internalize them so we can realize them on earth. The golden calf does not represents the Eternal in the world; rather we, human beings created in God’s image do so when we walk in God’s ways by being merciful and doing acts of loving kindness for one another.